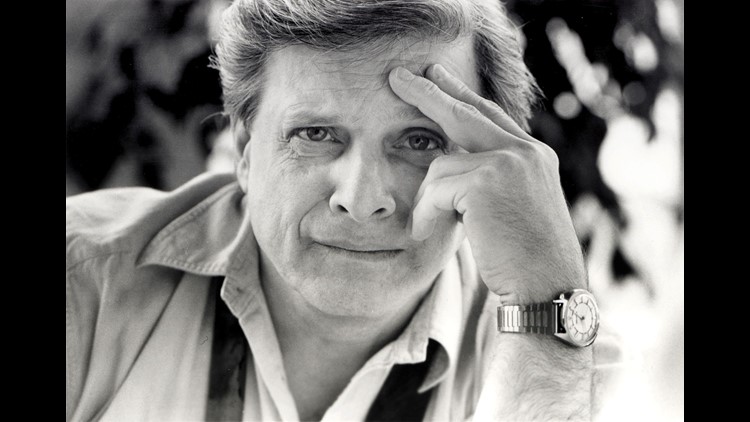 Been putting off writing this post since I knew it’d be painful, but…

I can divide my time on Earth into two categories – days spent with Harlan Ellison and days spent without.  The former are certainly more stimulating, the latter surely more sane.

Fifteen impressionable years old was I when Harlan first made landfall in my life. It was at some comic book convention, and “HE” was speaking from a dais so lofty it seemed to treble his true stature.  Harlan was waving around a gold watch for all the assembled to see, claiming it had cost five thousand dollars, and further claiming that he had paid for it by – get this – moving words around on paper.

And oh, how he moved those words around!

“I Have No Mouth, and I Must Scream,” “The Glass Teat,” “The Other Glass Teat,” “Deathbird Stories,” even the “Dangerous Vision” series Harlan merely edited.  I drank them all up like a man who just crawled out of the Aqaba.  The tales were always provocative, typically shocking, sometimes downright assaultive.  “You can write like this?” I asked in punch-drunk wonder.  “You can actually put two colons in the same sentence?”  The unspoken answer seemed to be “You can do whatever the fuck you want.  It’s your story.  It’s your writing.”  More and more, hundreds upon hundreds of pages I must’ve consumed, all this in a fever-dream of reading and learning that probably, more than anything else, shaped the manner in which I write professionally to this day — decades after that ostentatious watch-wagging show of his.

To be fair, I think the point of the watch was to express that writing is a workaday trade and, that like other trades, one should expect proper compensation.  Don’t treat writing like a hobby, don’t treat it like high art:  Just put the fucking words on paper, don’t be dull about it, then get that check to the bank and make sure it clears.

Words to live by.

Some say you shouldn’t ever meet your heroes since you’re bound to be disappointed.  That wasn’t the case when I met Harlan in the Third Act of his life.  He was everything I expected him to be — cubed.  We spent long afternoons at his Mayan temple of a house off Mulholland talking about any-fucking-thing-that-crossed-our-overactive-minds.  He seemed to enjoy my company because he really liked one of my early films, “The Arrival.”  (And Harlan don’t like much.)  Somehow he was willing to overlook Charlie Sheen as a radio astronomer to still place it on his Top-10 Science Fiction Movie list.  So we had a reason to befriend each other, and we took good advantage of it.

Thank you, Harlan Ellison.  I owe you more than I let on.

Tags: David Twohy, Harlan Ellison, The Arrival
Share
Related news
10 YEARS ON 2 years ago
A GIANT AT FIVE-FOOT-FOUR 3 years ago
INCLUDE WOMEN IN THE SEQUEL 4 years ago
2 comments
Leave a reply